There were 22 minutes left to play when Ole Gunnar Solskjaer called Angel Gomes and Tahith Chong ashore, to be replaced against FK Astana by Juan Mata and Jesse Lingard. The situation needed some seniority; the manager’s initial gamble to play the kids in Manchester United’s most straightforward Europa League group stage looking misjudged. This was intended as an endorsement from Solskjaer, one which stated that the current crop of United academy products were up to it.  Article continues below Editors’ Picks Ox-rated! Dream night in Genk for Liverpool ace after injury nightmare Messi a man for all Champions League seasons – but will this really be Barcelona’s? Are Chelsea this season’s Ajax? Super-subs Batshuayi & Pulisic show Blues can dare to dream Time for another transfer? Giroud’s Chelsea spell set to end like his Arsenal career This, however, is a club whose first team is struggling to break down sides which sit in, with good organisation, and taking what they can on the break. The youngsters were faring hardly any better. He declined though to replace Mason Greenwood, the youngest of the three teenagers in the United starting line-up, and with good reason. Of the three, the 17-year-old looked the most capable, the most adept, and the one most likely to step into the regular setup and make an impact. And he did just that, scoring his first senior goal for the club to decide this fixture. The game was meandering along; United’s usual inability to find their way past the block was inhibiting any meaningful efforts on goal. It was going to require something special and Greenwood was the man to provide it. 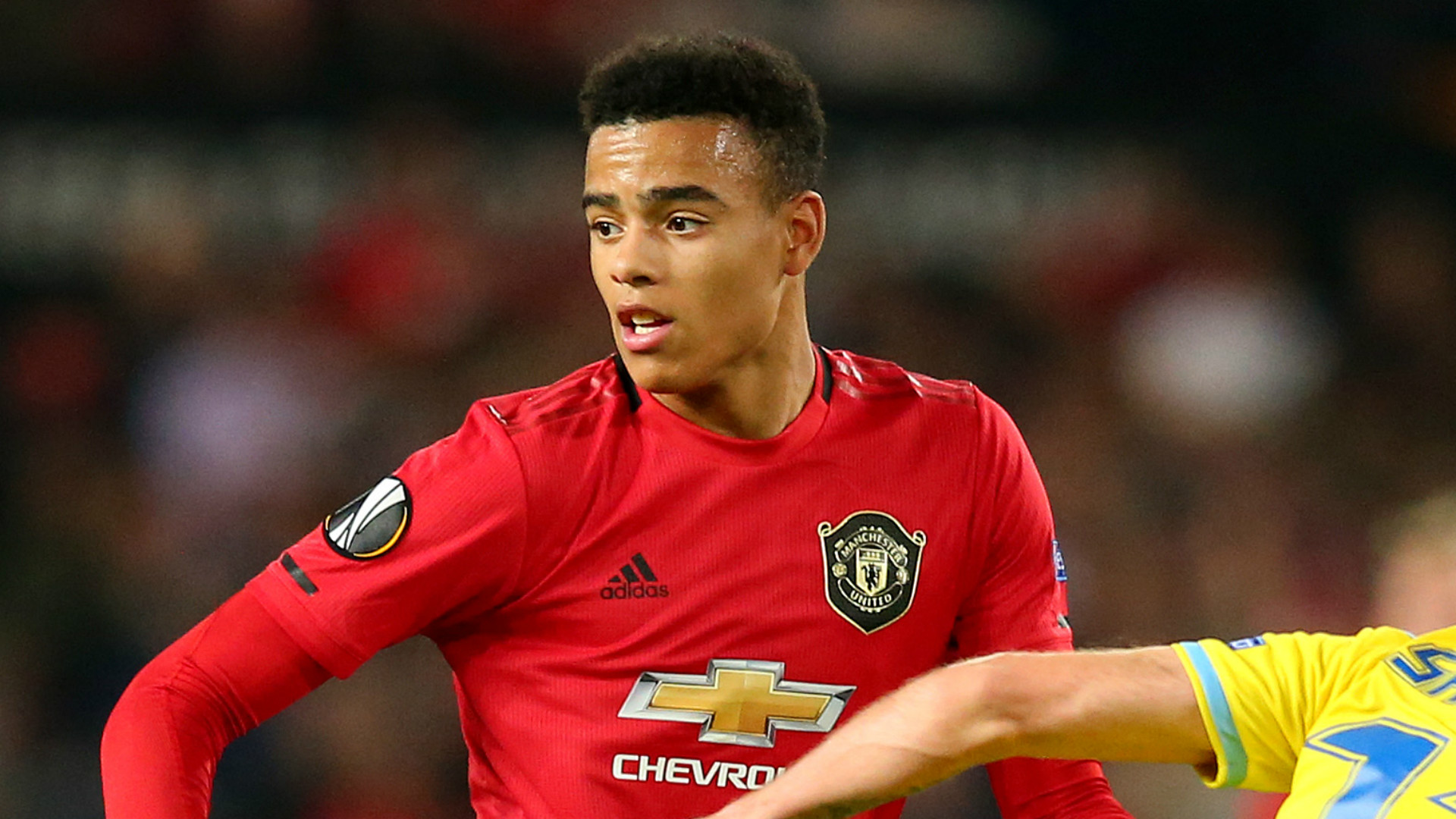 Taking possession at the end of yet another sideways move at the edge of the Astana area, Greenwood faked one way, went another and dispatched a right-footed finish low past the goalkeeper Nenad Eric. It was a goal to light up the occasion, on a night when United were faltering yet again. Fred hit the crossbar as early as the second minute and if that one had gone in United might well have gone on to win handsomely. As it transpired, the longer the game stayed goalless, the more emboldened the Kazakh visitors felt. And as the missed chances stacked up, United’s supporters grew ever more frustrated. And with good reason. There is still a lack of an identifiable attacking plan about the place. Diogo Dalot and Marcos Rojo were given licence to get forward out wide but beyond that United were hitting brick walls. Eric was proving a particularly tricky customer in goal; he denied Marcus Rashford from close range, twice, during the first half when the England man really ought to have done better. 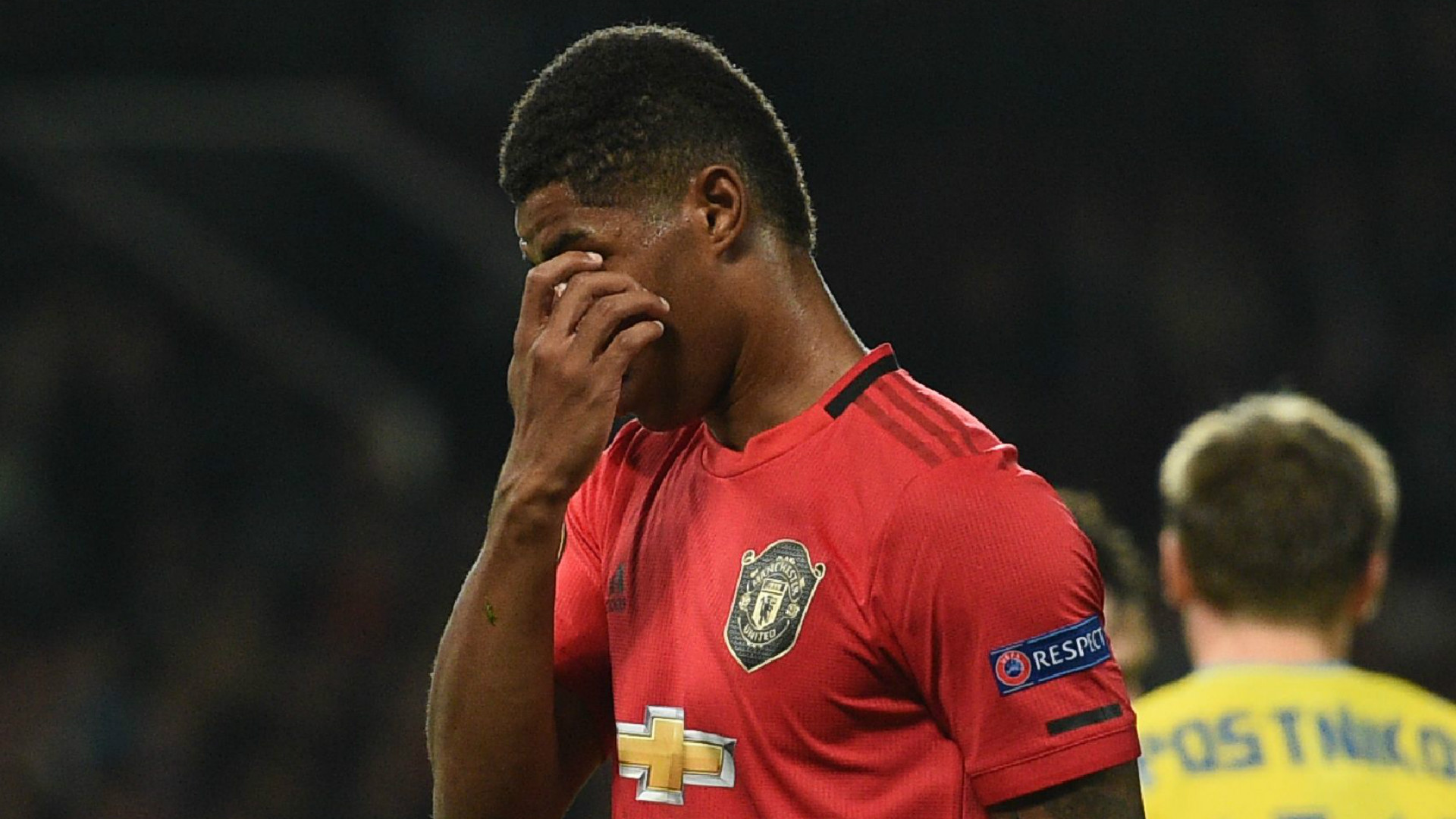 Rashford won’t get a more amenable fixture in which to thrive through the centre of the United frontline. Without Romelu Lukaku for company, he is going to have to make the grade sooner or later in that position. The jury remains out whether he can do it or not, even against such limited opposition. His best first-half moment was a sumptuous backheel for the onrushing Greenwood, who drove a left-footed shot just wide. There were adjustments to the United attack in the second half with Rashford dropping to the left, Greenwood drifting up front and Chong going to the right. Chong had about as much success on that side in the second half as he did on the left side in the first; none whatsoever. One incident in the second half when he tripped over the ball had Solskjaer preparing the substitutes. Gomes, for his part, did decently. He occupies positions that are difficult to pick up for opposition midfielders, becoming a problem for the centre-backs. One particularly beautiful piece of skill in the second half at the edge of the box prompted a cross-cum-shot for Rojo, which went unrewarded on the back post from Chong. Rashford fired a few free kicks off target and both Fred and Lingard forced Eric into fine saves. He was Astana’s man of the match on the night. But the name on everyone’s lips walking out would be Mason Greenwood. He is the one with the swagger, the style, the technique, the finishing ability to stand out in this most ordinary of United sides.