Granit Xhaka has been a player who has fiercely divided opinion since the moment he arrived at Arsenal.Viewed by some as the man who the team should be built around, there are many others who have remained steadfast that he simply isn’t good enough to be the lynchpin in the midfield.So it’s no surprise to see the debate that has been caused by Unai Emery’s decision to appoint Xhaka as club captain following the summer departure of Laurent Koscielny. Article continues below Editors’ Picks Ox-rated! Dream night in Genk for Liverpool ace after injury nightmare Messi a man for all Champions League seasons – but will this really be Barcelona’s? Are Chelsea this season’s Ajax? Super-subs Batshuayi & Pulisic show Blues can dare to dream Time for another transfer? Giroud’s Chelsea spell set to end like his Arsenal career “His challenge, and our challenge, is to change opinion,” said Emery, when quizzed on how Arsenal fans would view the appointment.“Sometimes he has made a mistake, yes, but the most important thing is to analyse, to learn and to correct that in the future.”The problem for Xhaka is so far he seems incapable of being able to correct the mistakes that have plagued his three-year spell in north London.There is no doubt that he has quality and it’s been shown more than once that Arsenal do miss him when he is not in the side. Unfortunately, however, the catastrophic errors he makes give his critics a regular source of ammunition to attack him with.Since arriving at the Emirates from Borussia Monchengladbach in 2016, the midfielder has made seven errors leading directly to goals in the Premier League – that’s two more than anyone else during the same timeframe.We saw it at the end of last season when he inexplicably hauled back Solly March to give away a late penalty against Brighton and, just a month ago, Xhaka gave away another ridiculous spot kick in the north London derby, this time ploughing into Son Heung-min. 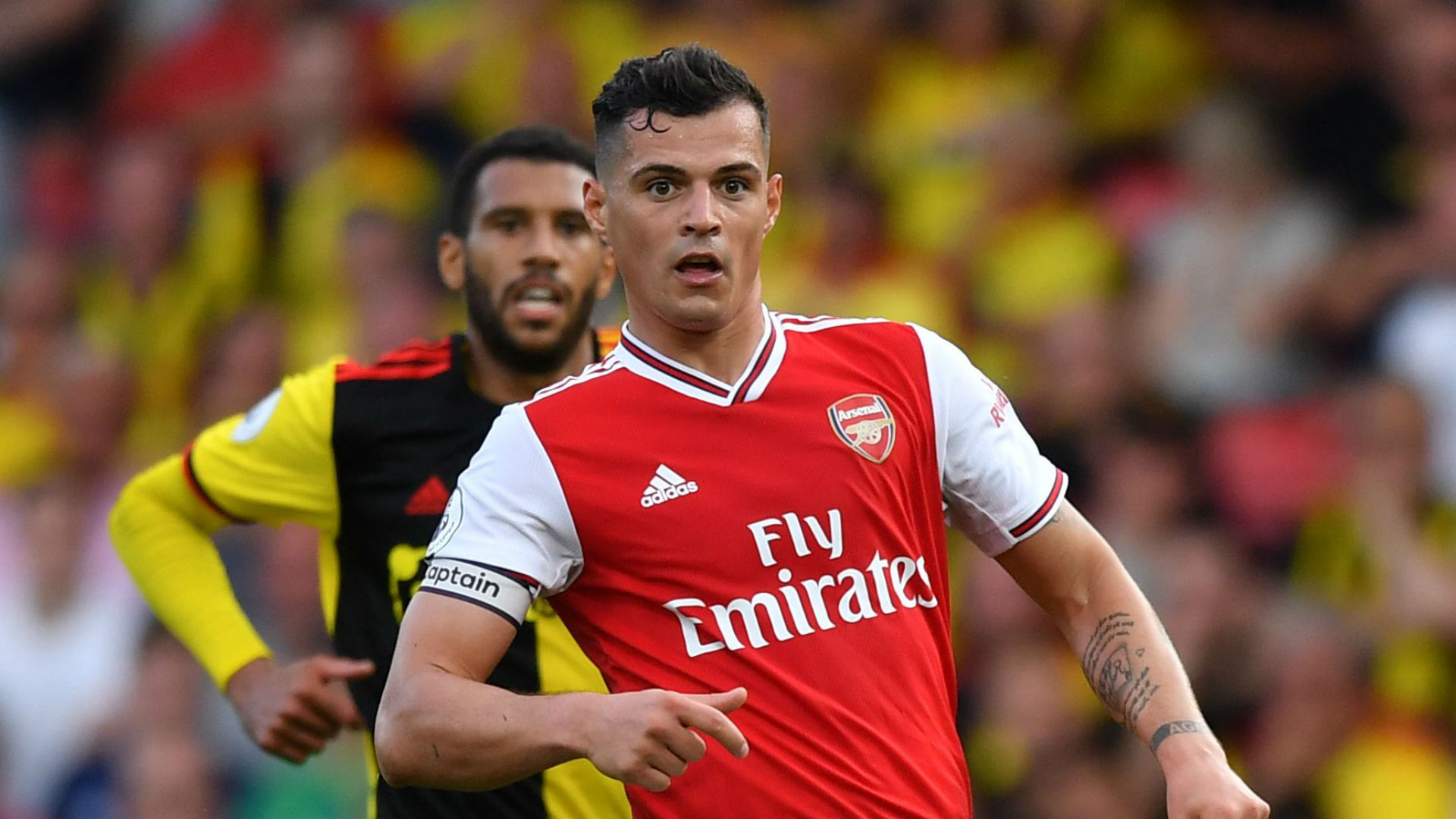 Both incidents are examples of Xhaka at his worst, but Emery remains convinced the 27-year-old is the right man to wear the armband.“He is mature and has experience,” said Arsenal’s head coach. “I trust and believe in him and he is a good man, a good professional and a good player.”The big issue for Xhaka is unless he cuts out the mistakes, then his critics will remain. But so far there is little evidence to suggest that defensively he has what it takes to stop making the type of errors that he has become accustomed to.And that’s why it is so baffling to see how Emery continues to utilise the midfielder.The Spaniard can talk as much as he wants about Xhaka’s qualities as a player, but as long as he keeps using him as the defensive screen in front of the back four then the mistakes will continue because he is not using him in a position that allows him to make the most of those qualities.Opta stats show that Xhaka has given away more penalties than anyone else in England’s top flight since he made his debut three years ago. He also sits third in the charts for the most errors that have led to shots at goal.It’s clear – and has been for some time – that Xhaka is not good enough around his own penalty area. He does not have the defensive mindset to provide the type of protection needed at the very top level.He’s not a defensive midfielder, but that is currently how he is being used by a coach who is hanging his player out to dry. 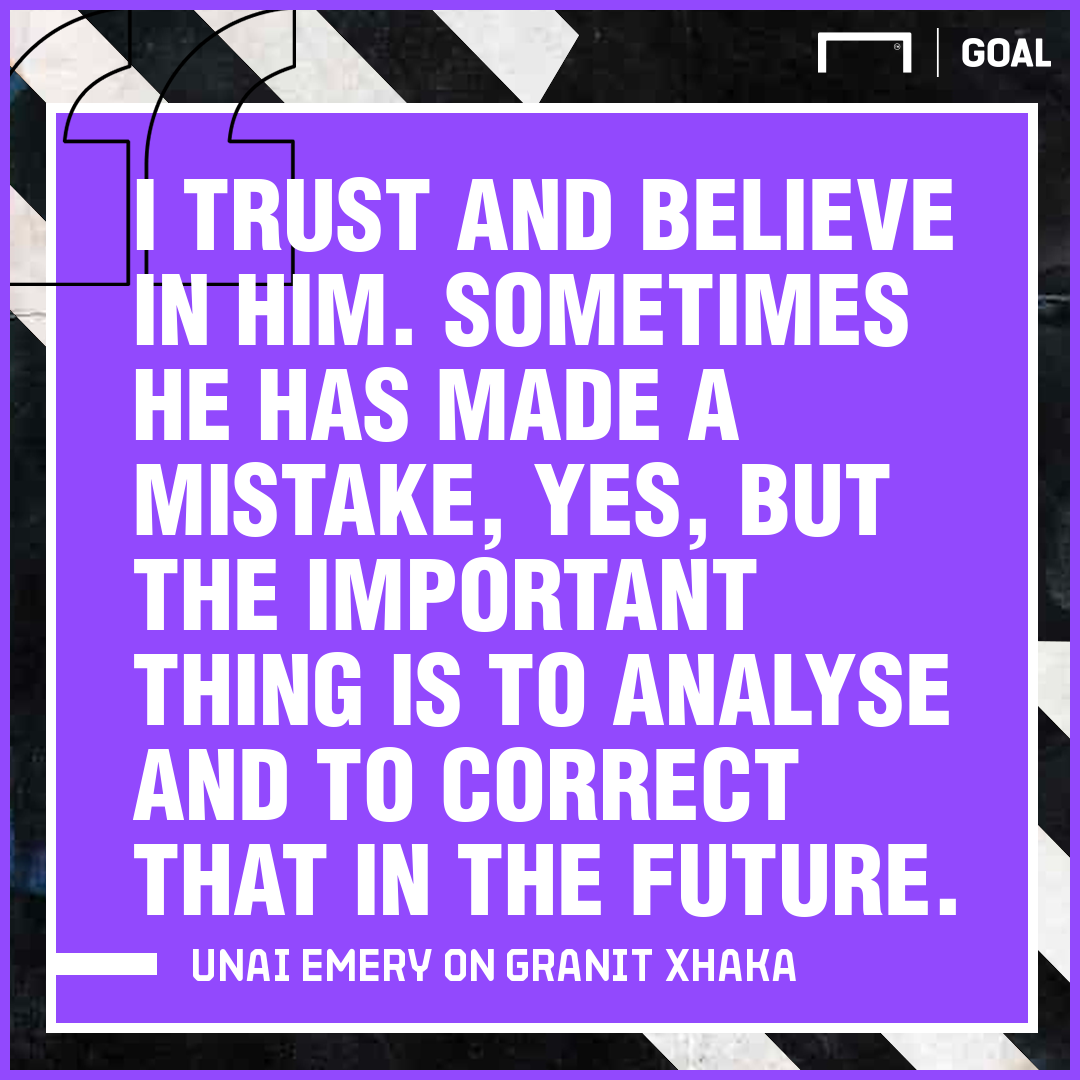 Emery has regularly chopped and changed his formation since he arrived in north London and in recent weeks we’ve seen him go with a 4-3-3 or with a midfield diamond behind the front two.The one consistent feature during that time is that Xhaka has been at the base of the midfield, tasked with sitting in front of the back four.Against Watford, Arsenal conceded 31 shots during the 2-2 draw – that’s more than they have ever faced in a match since Opta started recording statistics.Many pointed the finger towards the defence. But if you are allowing that amount of shots on goal during a game it’s not the defence that’s the issue, it’s the midfield.Xhaka is being exposed in the central areas time and time again, with his midfield partners often far too wide to give him any help. All it takes is one simple ball to get behind Arsenal and Xhaka is not mobile enough to cope when runners come towards him. It’s leaving the team wide open as a result.He does not possess the attributes to play the defensive midfield position on his own. Playing him there is hurting Arsenal and it’s certainly hurting Xhaka.He struggled once again against Aston Villa last weekend and when he was replaced 20 minutes from time the substitution was met by ironic cheers from the Arsenal fans.It’s a situation that Emery has backed his player to recover from and Xhaka is a strong enough character to deal with the criticism that comes his way.But it does feel as if his coach is doing him no favours with the way he is being asked to play. To get the best out of Xhaka, he should be sitting in a midfield two, with someone behind him taking on the majority of the defensive work. 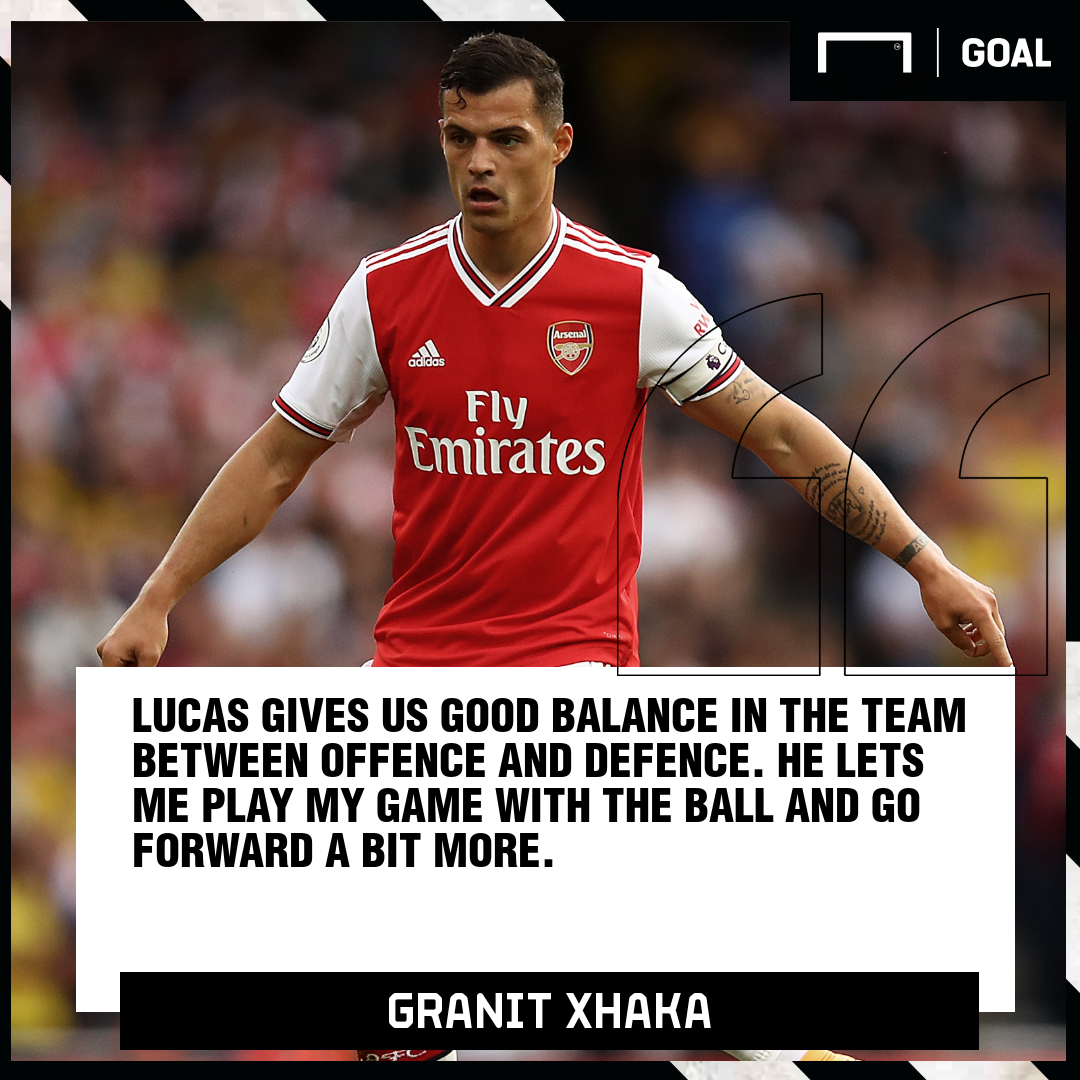 Lucas Torreira was exceptional in that position when he first arrived last season and Xhaka even admitted the diminutive Uruguayan’s arrival had allowed him to finally focus on areas further up the pitch.“Lucas gives us good balance in the team between offence and defence,” the Arsenal skipper said in October last year. “He lets me play my game with the ball and go forward a bit more.”But now it’s Torreira who is playing further forward, either in the diamond or the 4-3-3, with Emery saying he wants to use the former Sampdoria man to win the ball back higher up the pitch.It’s a tactic which so far has shown little sign of working. Arsenal have faced 134 shots at goal in just seven games since the start of the new campaign with Xhaka incapable of providing the type of screen needed to protect an already weak defence.Emery takes his side to Manchester United on Monday night looking to secure a first win away from home against one of the Premier League’s top six. With United struggling for form and potentially missing several key players, he will never have a better chance of securing that victory.But if he continues to persist with Xhaka at the base of his midfield, he will only have himself to blame if Arsenal leave Old Trafford empty handed once again.