After 10 months out, Jordan Nobbs will return to where she was first spotted by England this weekend, describing her first camp back after an ACL injury as ‘fate’.The Arsenal midfielder was born in Stockton-on-Tees, a 15-minute drive from Middlesbrough, where the Lionesses will host Brazil this Saturday.Nobbs will be in familiar surroundings then when England face Brazil at the Riverside this weekend – although she wasn’t expecting to be back with her national team so soon. Article continues below Editors’ Picks Ox-rated! Dream night in Genk for Liverpool ace after injury nightmare Messi a man for all Champions League seasons – but will this really be Barcelona’s? Are Chelsea this season’s Ajax? Super-subs Batshuayi & Pulisic show Blues can dare to dream Time for another transfer? Giroud’s Chelsea spell set to end like his Arsenal career “I think my mindset was ‘we’ve already qualified’ a little bit so there was no real need for the push of qualifiers,” she said, with England sealing their place in the 2020 Olympics in Tokyo by reaching the Women’s World Cup semi-finals.“But you’ve got to wait for that moment to come when Phil [Neville, manager] and the staff think you’re ready.“I think everything happens for a reason, so I wasn’t in a rush.“I first got picked for England at 12 years old at Middlesbrough, so it was kind of fate that [this would be] my first camp back for England. It’s a nice moment for me.“Hopefully I can have a lot of family and friends there to see me back playing for England.”Nobbs’ call-up comes off the back of her return to Arsenal’s first team – and a return to goal-scoring, with her scoring in the 4-0 win over Brighton last week.After so long on the sidelines, there could be reason for Neville to leave the 26-year-old out for a little longer, but Nobbs is chomping at the bit to get going again.Asked whether there have been conversations with England about managing her minutes, she said: “Not with me personally, because I’d definitely just say I want to play!“Arsenal have looked after for 10 months and I know they’ve had a conversation about looking after me and I also know the staff here want to look after me in the same way.“I wouldn’t be here if I wasn’t able to play minutes.“I think the only thing has been doing my loading right, not going straight in at the deep end and playing three games in a week for fatigue elements.“I know I’m a fit player, but I’ve definitely found it hard being out for 10 months and then coming back.” 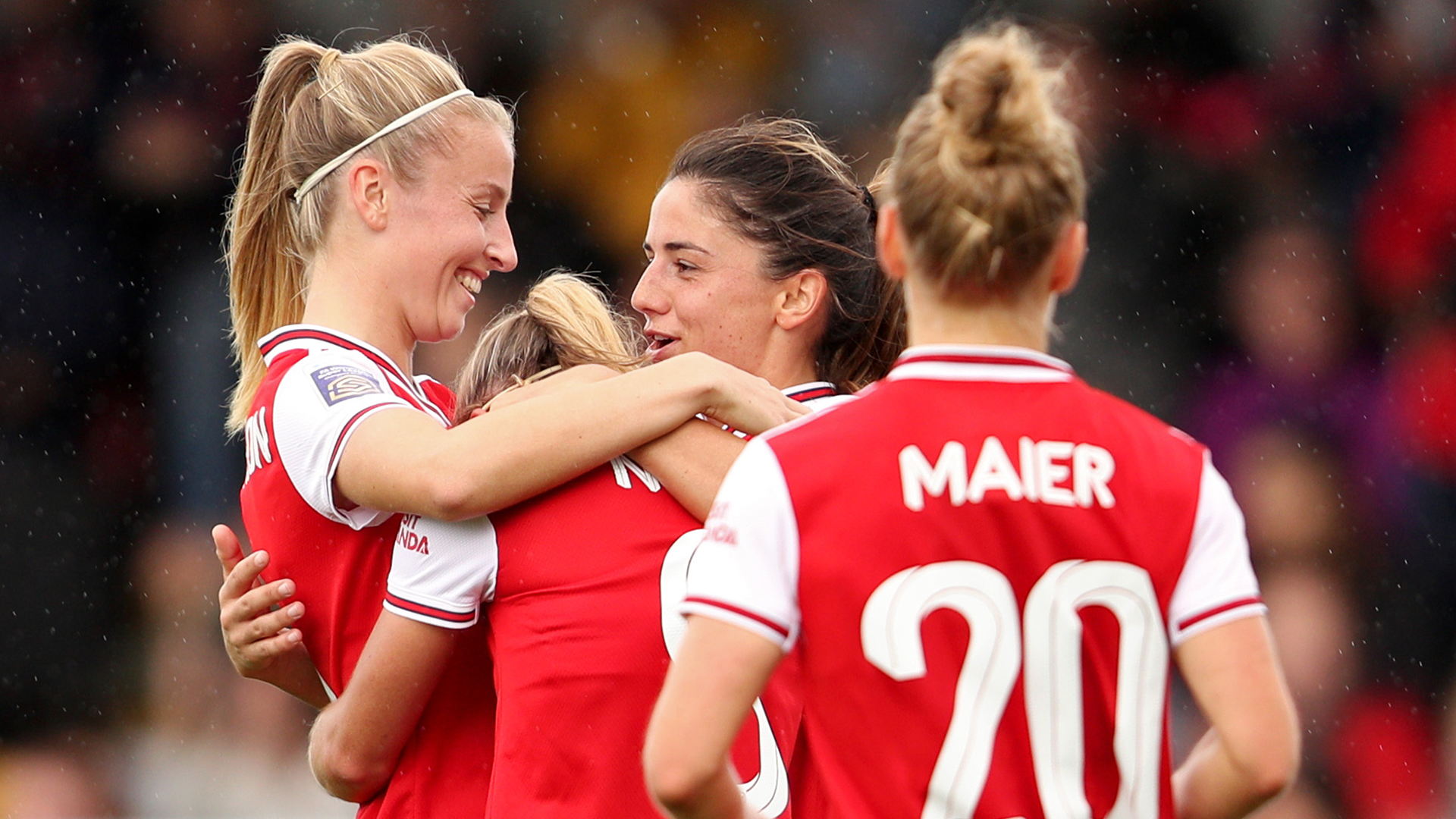 Nobbs’ struggles have not just been with her fitness, either. After taking up a punditry role with the BBC during the World Cup, she is excited to make her return as a footballer now.“I did some media after the game the other day and I had the mic and I was like ‘no’,” she said.“After I was with the BBC I’d be going into services and people were like, ‘Oh, you do punditry!’ – and I’m like, ‘No, I play football!’“That’s obviously what I was at that moment, but I’ve kind of flung the mic now!“I did really enjoy it and I can’t thank the BBC enough because they did get me through a difficult time actually.”Nobbs’ rewards for her hard work in that difficult time will come over time, with an exciting season for Arsenal ahead as they return to the UEFA Women’s Champions League, while there is an Olympics spot for her to fight for with her country.“It’s the biggest tournament you could be a part of,” she said.“It would be honestly incredible. The last Olympics I was in the long list squad.“Being part of Team GB is my goal, but I’m going to take each step as it comes.“I want to be fit for selection when Phil is picking his squad.”