The cash-fuelled ascent of club football since the early 1990s has done many positive things for the game, but it has also had an abrasive effect on international football.While representing one’s country in the global arena remains one of the highest honours for most footballers and the World Cup a holy grail, the lustre of the realm has undoubtedly lost its intensity.Debate has simmered for a long time over the question of ‘club versus country’ as individuals are forced to consider their commitments and brutally protect the longevity of their careers. Article continues below Editors’ Picks Ox-rated! Dream night in Genk for Liverpool ace after injury nightmare Messi a man for all Champions League seasons – but will this really be Barcelona’s? Are Chelsea this season’s Ajax? Super-subs Batshuayi & Pulisic show Blues can dare to dream Time for another transfer? Giroud’s Chelsea spell set to end like his Arsenal career Stand-offs between international team bosses and club managers over the availability of players for games are commonplace, but FIFA has rules in place to minimise the arguments.Can football clubs stop their players from accepting international call-ups?Not strictly. The regulations are explicit in stating that clubs are obliged to release any of their registered players to a national representative team if they are called up to a squad.Annexe 1 of the ‘Regulations on the Status and Transfer of Players’ lays out 11 principles for managing the issue of national team call-ups.Principle 1.1. says: “Clubs are obliged to release their registered players to the representative teams of the country for which the player is eligible to play on the basis of his nationality if they are called up by the association concerned. Any agreement between a player and a club to the contrary is prohibited.”It is not compulsory, however, for clubs to release players outside of specified international windows and clubs do not have to release players for more than one major senior international tournament in a year. 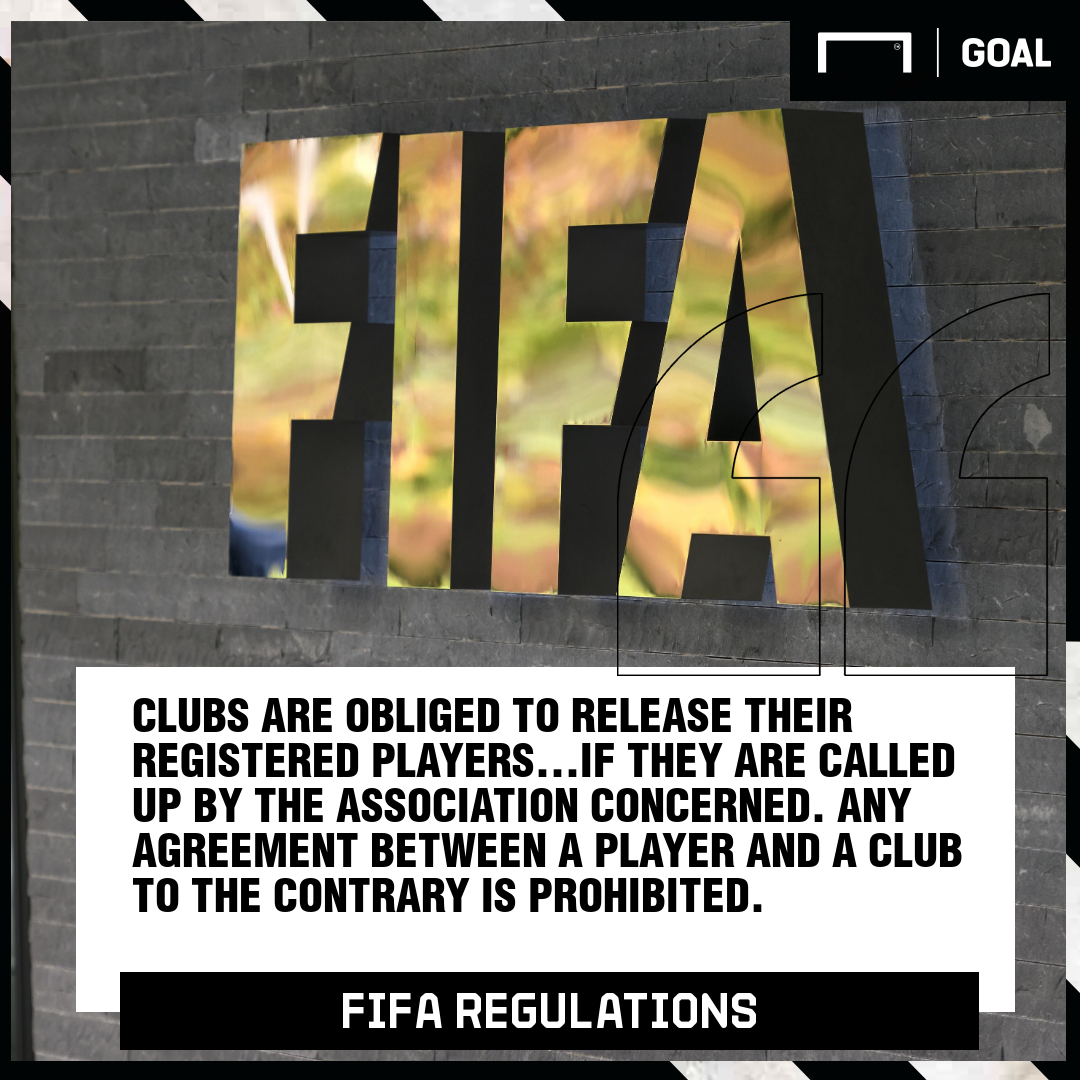 There are strict rules in place relating to the release of players so that they report for international duty in a timely fashion, but also to ensure that they return to their clubs promptly – though provisions are in place to facilitate agreements for extended periods of time.When disputes between clubs, players and national teams arise, they are heard and then ruled on by FIFA’s Players’ Status Committee.While FIFA’s regulations clearly indicate that a club must acquiesce to international call-ups that does not mean that measures cannot be taken to subvert those principles and they are naturally difficult to police.For example, given the largely voluntary nature of international football, a player is free to reject an international call-up or, indeed, to retire from international football whenever they please.It is also entirely conceivable that club medical staff and players could conspire to exaggerate an injury that would subsequently prohibit them from taking part in an international game.’Club versus country’ examples’Club versus country’ issues occasionally occur when clubs attempt to protect their assets (players) or leverage them in order to exert influence.A notable example came in 2019 when Bayern Munich butted heads with the German national association (DFB) over the idea that head coach Joachim Low might select Marc-Andre ter Stegen over Manuel Neuer.Bayern president Uli Hoeness brazenly warned the DFB against choosing the Barcelona net-minder, telling Sport Bild: “We would never accept that [Ter Stegen replacing Neuer as No.1]. [If Bayern are informed of the change] before it happens, we won’t send any players to the national team anymore.” 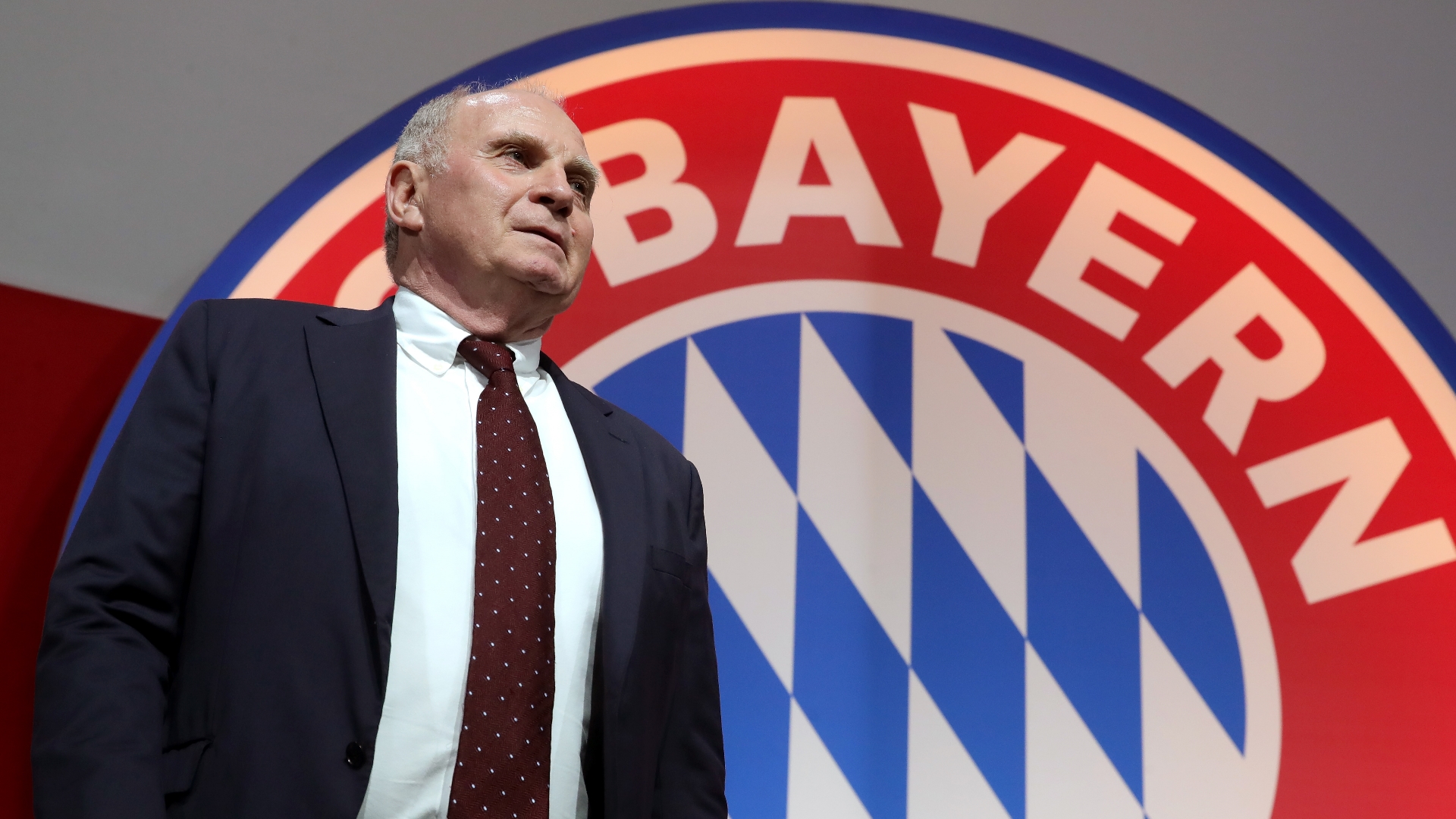 Germany’s technical director Oliver Bierhoff dismissed Hoeness’ assertion, citing the FIFA rules referenced above. Not long after the bluster from Hoeness regarding Neuer, Bayern prevented two players from linking up with their national teams – David Alaba with Austria and Lucas Hernandez with France.”We have our point of view and we have a duty to the players,” Bayern sporting director Hasan Salihamidzic said. “If the players are diagnosed with an injury, it’s clear that they cannot be used.”Former Manchester United boss Sir Alex Ferguson was famous for his ongoing battles with international team managers over whether or not Red Devils personnel would participate for their countries.In 1997, for example, Ferguson was vocal about his desire to prevent his players from linking up with the England squad for the pre-World Cup friendly competition, Le Tournoi de France.While the likes of Gary Neville, David Beckham, Paul Scholes and Andy Cole were included in the panel which went on to win Le Tournoi, Ferguson argued: “Over the last few years we’ve played an average of 50 games and this season will be no different. Then there are internationals and friendly internationals. It’s such a strain and with young players it can’t be done.”The Scottish manager’s disapproval of players featuring in international friendly games continued throughout his time at Old Trafford, with the likes of Roy Keane, Nemanja Vidic and others caught in the crossfire.