The Professional Footballers’ Association (PFA) has thrown its support behind England’s players and staff for their conduct during their 6-0 Euro 2020 qualifying win over Bulgaria on Monday evening.Players including two-goal Raheem Sterling, Marcus Rashford and debutant Tyrone Mings were subjected to racist abuse from home fans throughout the game, with the match referee twice stopping play following complaints from England manager Gareth Southgate in the first half.A large group of Bulgaria fans were ejected from the stadium, though the abuse continued throughout the 90 minutes. England discussed their course of action at half-time and decided as a group to go back out and play the second half. Editors’ Picks Ox-rated! Dream night in Genk for Liverpool ace after injury nightmare Messi a man for all Champions League seasons – but will this really be Barcelona’s? Are Chelsea this season’s Ajax? Super-subs Batshuayi & Pulisic show Blues can dare to dream Time for another transfer? Giroud’s Chelsea spell set to end like his Arsenal career A PFA statement read: “This evening, during England’s European Championship qualifier against Bulgaria, the game was temporarily halted as part of UEFA’s anti-racism protocol, after racist chanting from some Bulgarian fans.“Like everyone watching, the PFA was disgusted by the racist abuse and visible provocation by a section of Bulgarian fans, 50 of whom were rightly ejected from the venue at half time.“We offer our support to England’s players, who showed restraint while dealing with such extreme circumstances. We also commend Gareth Southgate and his staff for their decisive action in initiating UEFA’s protocol. Once again, Southgate’s England team has shown leadership regarding this issue. 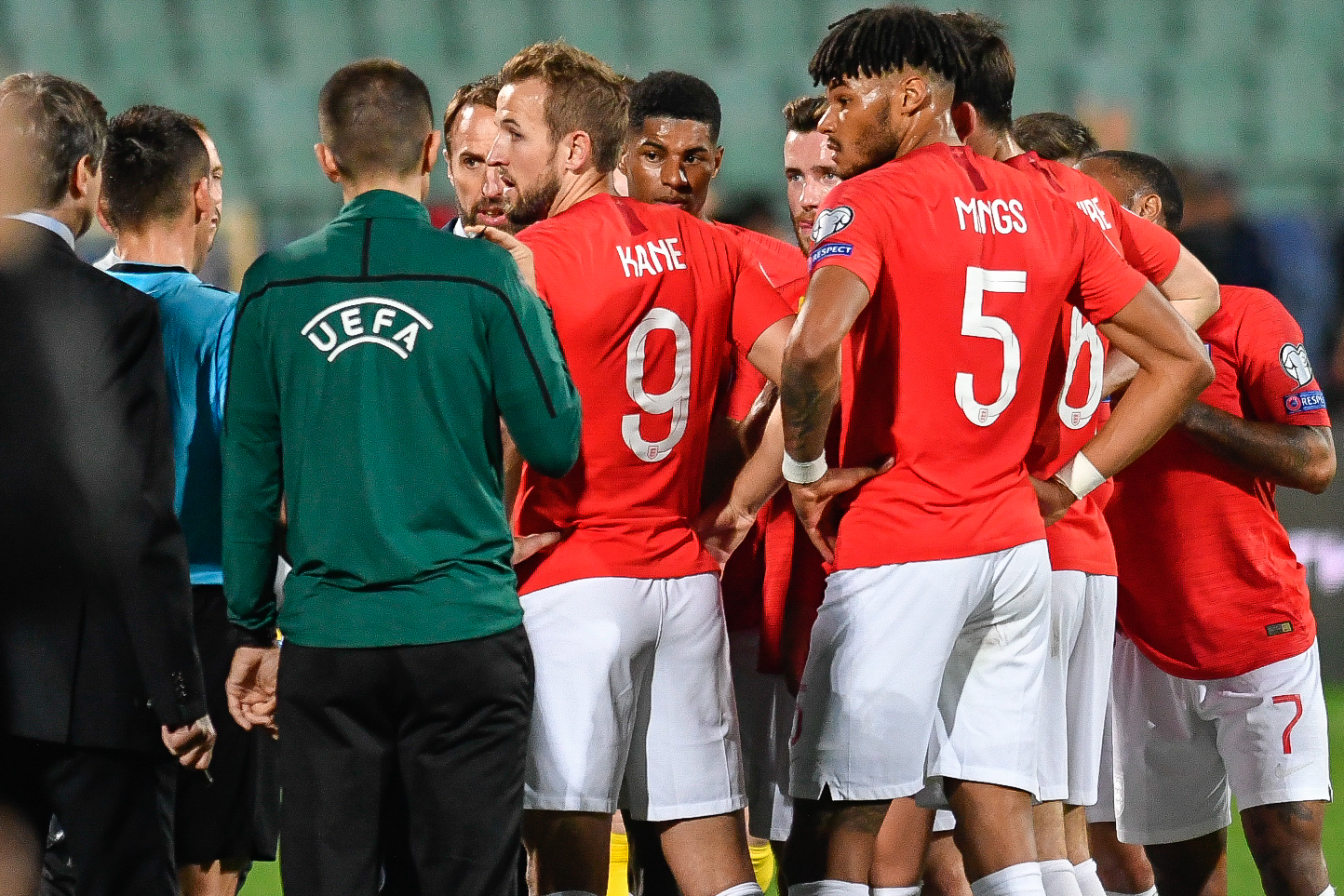 “No one should have to suffer racist abuse at their place of work. It is right that action is taken to support those affected and make it clear that such behaviour will not be tolerated. The game in Sofia was already being played to a reduced crowd as a consequence of previous racist abuse by Bulgarian fans.“This was obviously not sufficient action to deal with the issue. Given the circumstances surrounding tonight’s game, the strongest action must now be taken by UEFA to ensure a clear message of zero tolerance.”England’s conduct throughout the game was praised by many in the aftermath, most notably ITV pundit Ian Wright, who drew parallels between the players’ “by any means necessary” attitude and civil rights activist Malcolm X.Simone Pound, Head of Equalities, said: “We are proud of the England team and their manager’s commitment to stand against such appalling behaviour.“The three-step protocol is in place to ensure players have a support mechanism in the event of abuse on the field of play. The players were clear before the match that they were committed to taking a stance against racist chanting.“For too many years, players have had to endure and tolerate such abuse. Ensuring that this protocol was enacted sends a strong and clear message. Enough is Enough.”